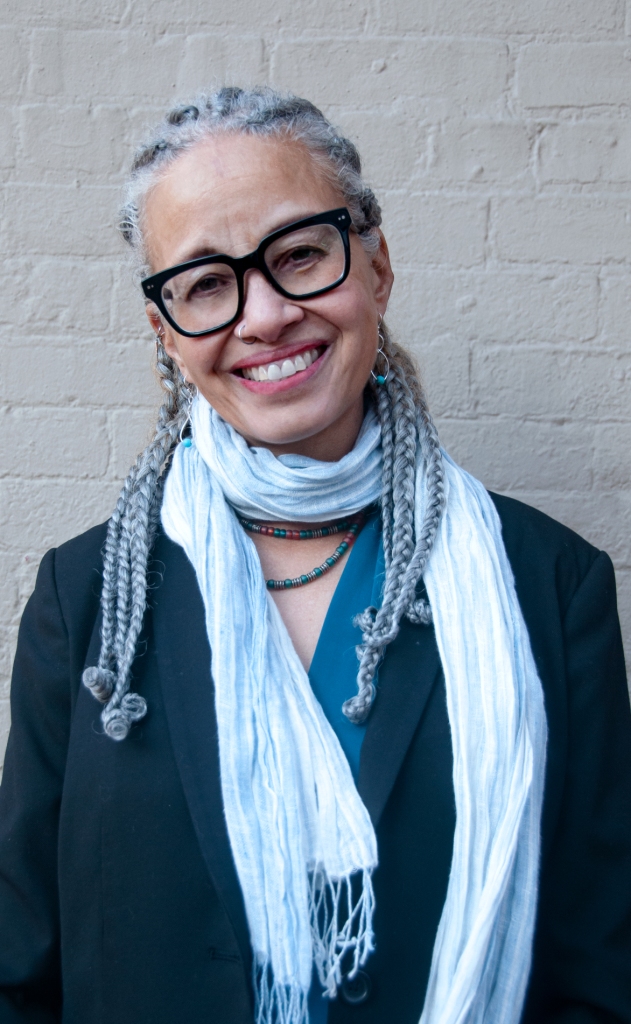 The event was FANTASTIC! As you know, Linda was phenomenal. She’s such an inspiration and so eloquently challenged us all to do better. To dismantle our structures and rebuild with racial equity and justice mindset/focus.

Considering this was our first on-campus event since 2020, we had a great turnout from the community and CU Medical Campus leadership, faculty, staff, and students. We also had several Black and other groups of color in attendance which is unique for our predominantly white institution which was refreshing.

All in all, the event was a tremendous success.

Linda was amazing. It was so important to a lot of people. She was not just brilliantly insistent, she spoke with grace, compassion, and care. One of our undergraduate journalism students said, “this is why I am a journalism major.”

Linda Villarosa, one of our fiercest and most cutting-edge journalists, has given us a classic for the ages [in Under the Skin]. Through engrossing stories of people’s real experiences and her signature rigorous reporting, she reveals the biggest picture in American life–that racism has done us all in, and produced a nation so steeped in white supremacy mythology that we cannot take care of ourselves or each other.

Villarosa’s empathic and sharp-sighted journalism is as astute as it is groundbreaking, as brilliant as it is timely. Let the conversations begin!

— Jacqueline Woodson, bestselling author of Red at the Bone

Finally, we have the definitive and long-overdue volume detailing the real cost of racism on the health and well-being of Black people in the US. Consider it #RequiredReading.

Journalist Linda Villarosa is a contributing writer for The New York Times Magazine, where she covers race, inequality and public health. A former executive editor of Essence Magazine, she is the author of the book Under the Skin: The Hidden Toll of Racism on American Lives and on the Health of Our Nation.

Under the Skin is a landmark book that tells the full story of racial health disparities in America by revealing the toll racism takes on individuals and public health. In 2018, Villarosa’s New York Times Magazine article on maternal and infant mortality, “Why America’s Black Mothers and Babies Are in a Life-or-Death Crisis” caused an awakening. Hundreds of studies had previously established a link between racial discrimination and the health of Black Americans, with little progress toward solutions. But Villarosa’s article exposing that a Black woman with a college education is as likely to die or nearly die in childbirth as a white woman with an eighth grade education made racial disparities in health care impossible to ignore.

Now in this landmark book Villarosa lays bare the forces in the American health-care system and in American society that cause Black people to “live sicker and die quicker” compared to their white counterparts. Study after study of medical settings show worse treatment and outcomes for Black patients. Black people live in dirtier, more polluted communities due to environmental racism and neglect from all levels of government. And, most powerfully, Villarosa describes the new understanding that coping with the daily scourge of racism ages Black people prematurely. Anchored by unforgettable human stories and offering incontrovertible proof, Under the Skin is, according to Oprah Daily, “perhaps one of the most important and thought-provoking publications of the year.”

Villarosa’s contribution to The New York Times’ Pulitzer Prize-winning 1619 Project highlighted race-based physiological myths that have endured in medical practice since slavery. The idea that Black people have a superhuman tolerance for pain began during slavery was a way to justify the institution and to continue torturing Black bodies, and the idea has endured to this day. As recently as 2016, over half of medical students and residents still held at least one fallacious slavery-era assumption that Black bodies are fundamentally different from white bodies, including the idea that Black people have physically thicker skin, different nerve endings, or blood that coagulates differently. An expanded version of her essay was included in the book The 1619 Project: A New Origin Story.

As a longtime writer and editor for The New York Times, Villarosa has explored many of these issues in reported pieces over the years. She has written about staggeringly high death rates from HIV/AIDS in Black gay and bisexual communities; the disproportionate toll COVID-19 has taken on Black communities in America; and the environmental justice movement in Philadelphia. A 2021 essay focused on the difference in life expectancy in predominantly Black and white Chicago neighborhoods—depending on the zip codes the gap can be as much as 30 years difference.

An member of the Association of LGBTQ Journalists (NLGJA) Hall of Fame, Villarosa has been recognized with numerous awards from organizations including The American Medical Writers’ Association, The Arthur Ashe Institute, Lincoln University, the New York Association of Black Journalists, the National Women’s Political Caucus, and the Callen-Lorde Community Health Center.  In 2017, her New York Times Magazine cover story “America’s Hidden HIV Epidemic” was honored with an Excellence in Journalism Award from NLGJA. Her 2018 cover story on infant and maternal mortality in Black mothers and babies was a finalist for the National Magazine Award.

Villarosa is the editor of Body & Soul: The Black Women’s Guide to Physical Health and Emotional Well-Being. Her novel, Passing for Black, was nominated for a Lambda Literary Award.

Villarosa is a graduate of the Craig Newmark Graduate School of Journalism at CUNY, where she is an associate professor and journalist in residence. She also teaches journalism, English and Black Studies at the City College of New York. 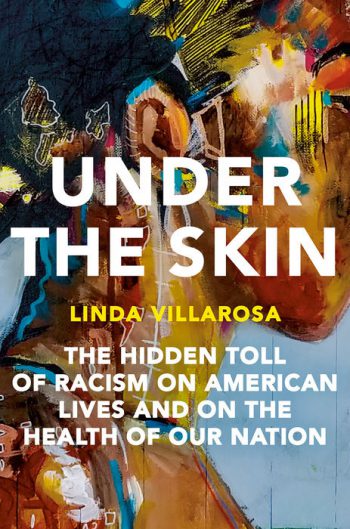 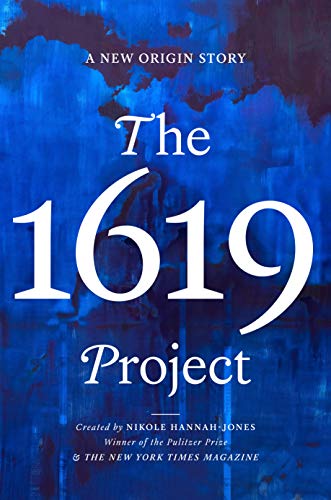 Praise for The 1619 Project

Villarosa’s piece is an evocatively honest, yet shocking, depiction of multiple persistent medical myths which continue to be taught and practiced in medical settings. 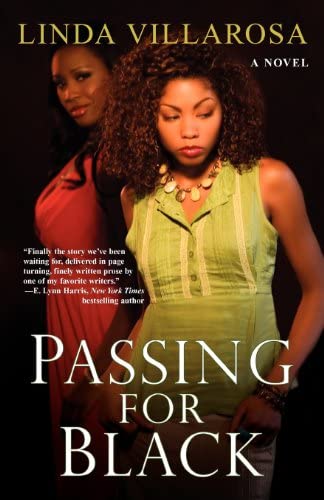 Praise for Passing for Black

Wonderfully executed…  Villarosa has created a great story that is a pleasure to read. 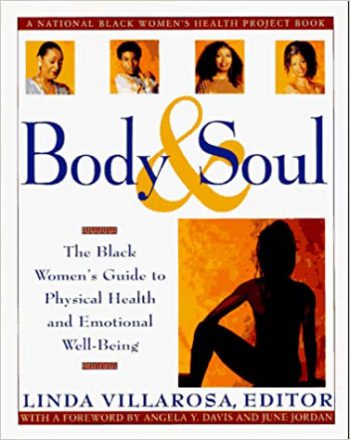 Body & Soul offers us a much-needed guidance as we try to put ourselves back together.

Praise for The 1619 Project

Villarosa’s piece is an evocatively honest, yet shocking, depiction of multiple persistent medical myths which continue to be taught and practiced in medical settings.

Praise for Passing for Black

Wonderfully executed…  Villarosa has created a great story that is a pleasure to read.

Body & Soul offers us a much-needed guidance as we try to put ourselves back together.

Linda Villarosa on the Legacy of Slavery in the US 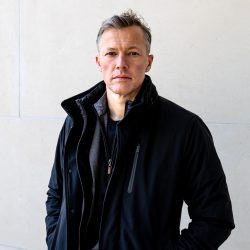 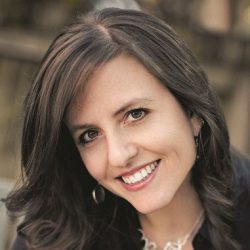 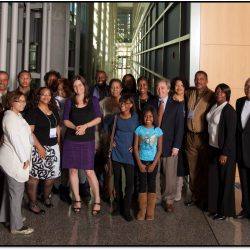 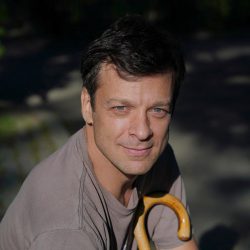