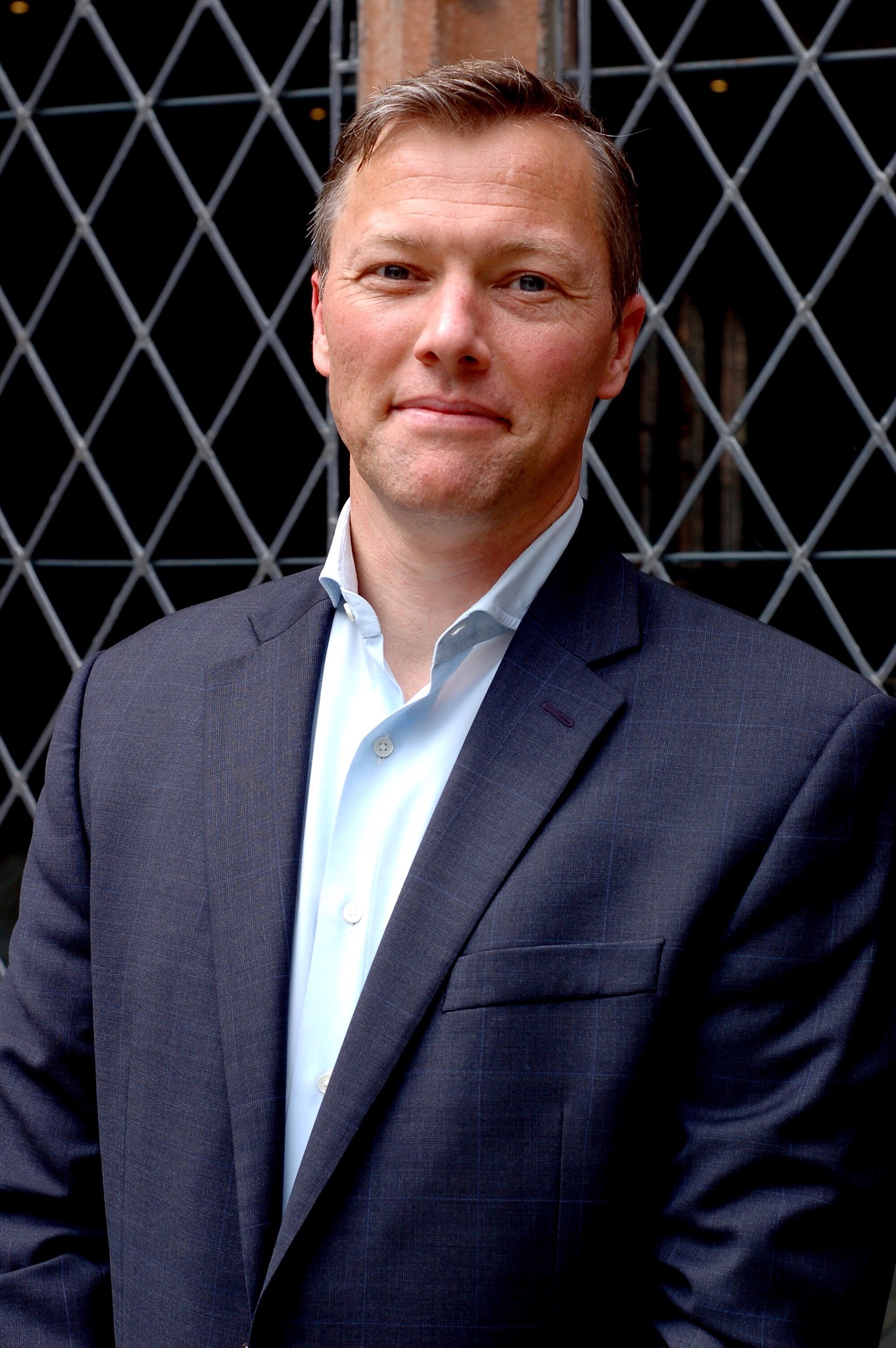 Matthew Desmond was beyond good!  We wanted the event to suggest actions and hope and he did all of that while painting a vivid picture of the impact of eviction on individuals and communities. We heard from so many donors, partners, board members that they were appreciative we went forward with the virtual event.  Indeed the conversation is too important to wait.

Matthew Desmond is a world-class speaker. His mastery of the material is clear from his comfort, warmth, and humor in front of an audience. He had our audience’s rapt attention from the moment he walked onstage. I would highly recommend him.

The importance of Matthew Desmond’s message and the authenticity with which he delivers it are exceptional and deeply appreciated. Few people both challenge and inspire us at the same time, but Desmond has that special gift.

After reading Evicted, you’ll realize you cannot have a serious conversation about poverty without talking about housing. You will also have the mad urge to press it into the hands of every elected official you meet. The book is that good, and it’s that unignorable.

Desmond has set a new standard for reporting on poverty.

It doesn’t happen every week (or every month, or even year), but every once in a while a book comes along that changes the national conversation.… Evicted looks to be one of those books.

[Desmond] delivers a gripping, novelistic narrative…. This stunning, remarkable book—a scholar’s 21st-century How the Other Half Lives—demands a wide audience.

Thank you, Matthew Desmond. Thank you for writing about destitution in America with astonishing specificity yet without voyeurism or judgment. Thank you for showing it is possible to compose spare, beautiful prose about a complicated policy problem. Thank you for giving flesh and life to our squabbles over inequality, so easily consigned to quintiles and zero-sum percentages.

“It is hard to argue that housing is not a fundamental human need. Decent, affordable housing should be a basic right for everybody in this country. The reason is simple: without stable shelter, everything else falls apart.”

MacArthur “Genius” Matthew Desmond’s Pulitzer Prize winning bestseller Evicted: Poverty and Profit in the American City draws on years of embedded fieldwork and painstakingly gathered data to transform our understanding of inequity and economic exploitation in America. In addition to the Pulitzer, Evicted won the National Books Critics Circle Award, the Andrew Carnegie Medal, the PEN/John Kenneth Galbraith Award, the Heartland Prize, and more, and was named one of the Best Books of 2016 by nearly three dozen outlets, including The New York Times, The Washington Post, The Boston Globe, and The Wall Street Journal.

This landmark work of scholarship and reportage takes us into the poorest neighborhoods of Milwaukee to tell the story of eight families on the edge. Arleen is a single mother trying to raise her two sons on the $20 a month she has left after paying for their rundown apartment. Scott is a gentle nurse consumed by a heroin addiction. Lamar, a man with no legs and a neighborhood full of boys to look after, tries to work his way out of debt. Vanetta participates in a botched stickup after her hours are cut. All are spending almost everything they have on rent, and all have fallen behind.

“Desmond has written a brilliant portrait of Americans living in poverty. He gave me a better sense of what it is like to be poor in this country than anything else I have read.”

The fates of these families are in the hands of two landlords: Sherrena Tarver, a former schoolteacher turned inner-city entrepreneur, and Tobin Charney, who runs one of the worst trailer parks in Milwaukee. They loathe some of their tenants and are fond of others, but as Sherrena puts it, “Love don’t pay the bills.”

Even in the most desolate areas of American cities, evictions used to be rare. But today, most poor renting families are spending more than half of their income on housing, and eviction has become ordinary, especially for single mothers. In vivid, intimate prose, Desmond provides a ground-level view of one of the most urgent issues facing America today. As we see families forced into shelters, squalid apartments, or more dangerous neighborhoods, we bear witness to the human cost of America’s vast inequality—and to people’s determination and intelligence in the face of hardship. As Jacob Blumgart of Slate writes, “Desmond’s book manages to be a deeply moral work, a successful nonfiction narrative, and a sweeping academic survey—all while bringing new research to his academic field and to the public’s attention.”

“Evicted is astonishing—a masterpiece of writing and research that fills a tremendous gap in our understanding of poverty…. Evicted is a must read for anyone who cares about social justice in this country. I loved it.”

Desmond is the founder and Principal Investigator of Princeton’s Eviction Lab.  Desmond launched the Eviction Lab in 2017 after conversations with renters and policymakers convinced him that collecting national data on eviction would help answer fundamental questions about residential instability, forced moves, and poverty in America. In 2018, they published the first-ever national dataset of evictions in America, collecting millions of data points going back to 2000.  In 2020, in response to the COVID-19 pandemic and the economic devastation it brought to millions, the Eviction Lab recognized that the broader and longstanding issue of income and housing insecurity had quickly become paramount to the health of an entire nation. To better understand the steps states have taken to prevent homelessness during and after the pandemic, the Eviction Lab released the Eviction Tracking System (ETS), which monitors eviction filings in real time across a set of American cities, and, in partnership with Columbia Law School Professor Emily Benfer, a policy scorecard for each state, distilling the contents of thousands of newly-released emergency orders, declarations, and legislation into a clear set of critical measures included in, and left out of, state-level pandemic responses related to eviction and housing.

Desmond is the Maurice P. During Professor of Sociology at Princeton University. In 2015, he was awarded the MacArthur “Genius” Grant for “revealing the impact of eviction on the lives of the urban poor and its role in perpetuating racial and economic inequality.” In 2018, he received the Stowe Prize for Writing to Advance Social Justice, awarded by the Harriet Beecher Stowe Center to authors whose work shines a light on critical social issues. Previous recipients include Ta-Nehisi Coates and Bryan Stevenson.

A former member of the Harvard Society of Fellows, Desmond is also the author of the award-winning book On the Fireline, the coauthor of two books on race, and the editor of a collection of studies on severe deprivation in America. He has written essays on educational inequality, dangerous work, political ideology, race and social theory, and the inner-city housing market. The principal investigator of the Milwaukee Area Renters Study, an original survey of tenants in Milwaukee’s low-income private housing sector, Desmond has been supported by the Ford, Russell Sage, and National Science Foundations. He is a Contributing Writer for The New York Times Magazine, and his writing has appeared in The New York Times, The Washington Post, the New Yorker and The Chicago Tribune.

For more information on Matthew Desmond, please visit him on Twitter, at justshelter.org and evictionlab.org. 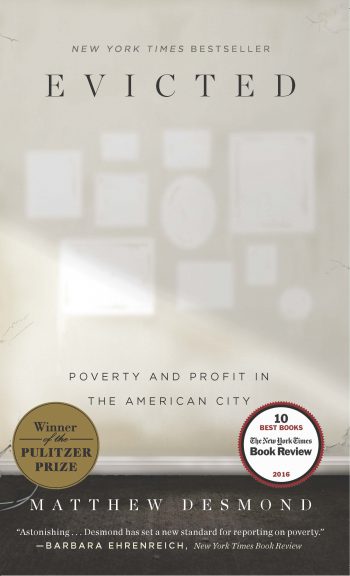 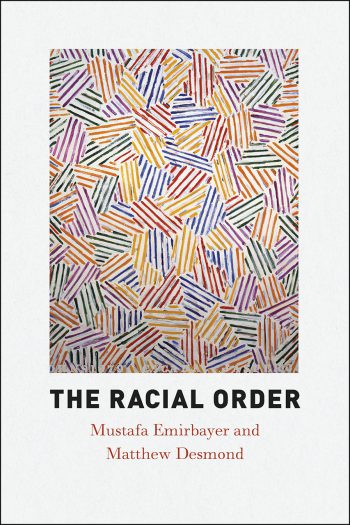 Praise for The Racial Order

The Racial Order is a landmark in the theoretical analysis of race relations.

William Julius Wilson, author of When Work Disappears: The World of the New Urban Poor 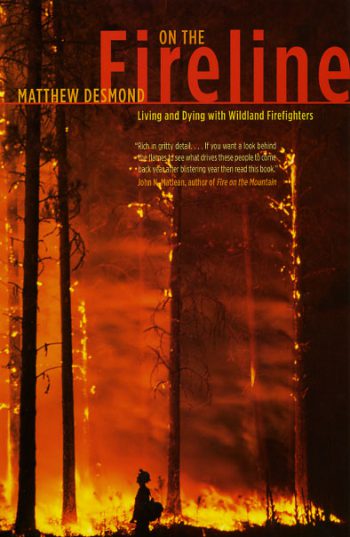 Praise for On the Fireline

Along with the risks and sorrow, Desmond also presents the humor and camaraderie of ordinary men performing extraordinary tasks.

Praise for The Racial Order

The Racial Order is a landmark in the theoretical analysis of race relations.

William Julius Wilson, author of When Work Disappears: The World of the New Urban Poor

Praise for On the Fireline

Along with the risks and sorrow, Desmond also presents the humor and camaraderie of ordinary men performing extraordinary tasks.

PBS NewsHour: The Stories Behind the Unseen Eviction Crisis 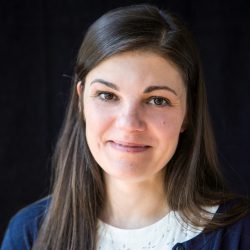 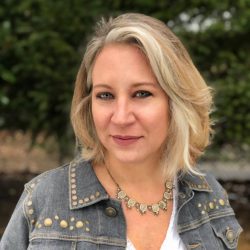