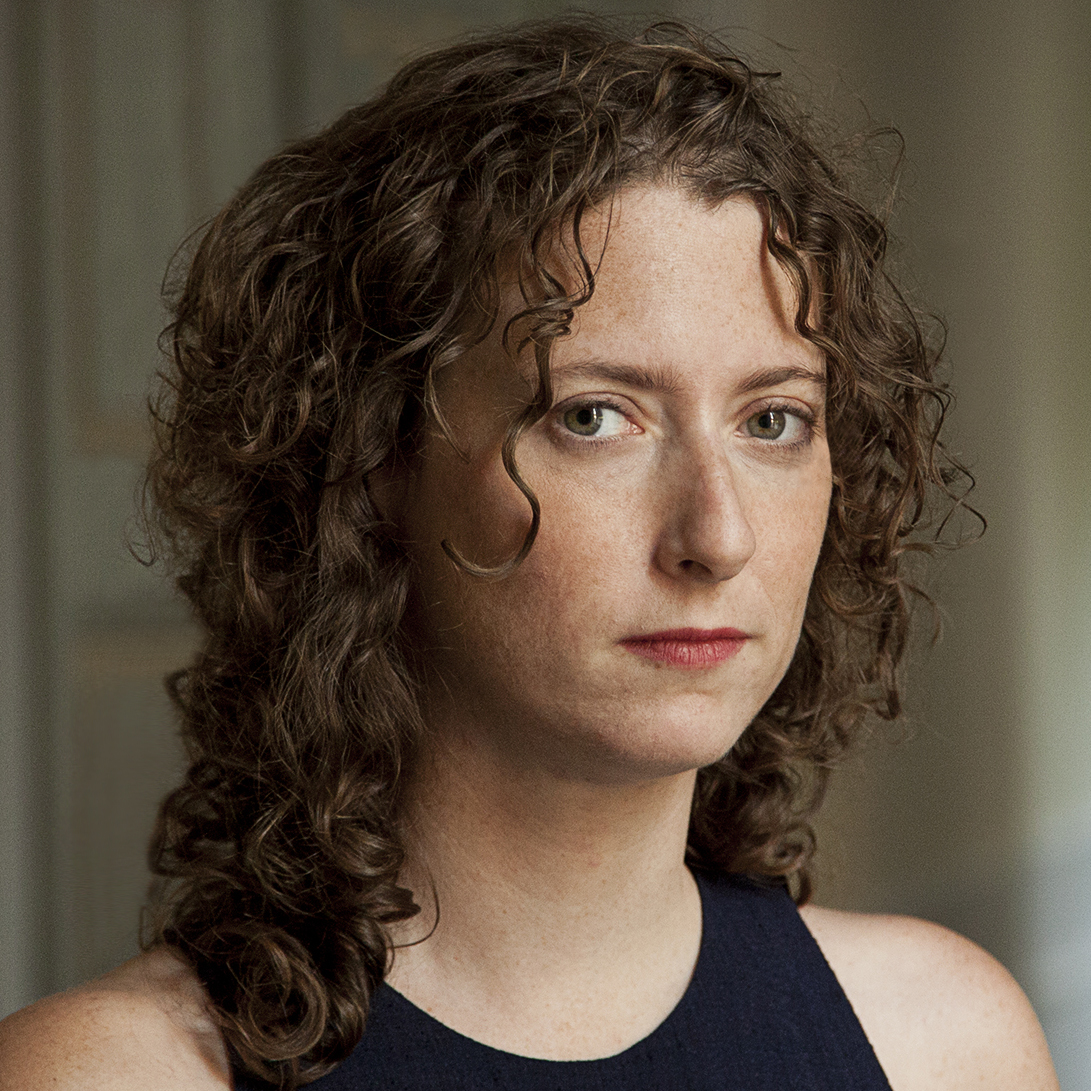 Jessica Bruder was truly a delight, and we were so glad to have her in Columbia. Her talk was the highlight of the “One Book One Community” program. She is engaging, thoughtful, gracious, curious, empathetic, energetic and generous. Her remarks about Nomadland‘s origin and research were insightful, and the question and answer period generated productive and though-provoking dialogue – one of the best author presentations in our program’s 18-year history.

Bruder is a poised and graceful writer.

Bruder’s study should be of interest to anyone who cares about the future of work, community, and retirement.

At once wonderfully humane and deeply troubling, the book offers an eye-opening tour of the increasingly unequal, unstable, and insecure future our country is racing toward.

— Rebecca Solnit, author of Hope in the Dark

This extraordinary book maps the chasm between what America wants to be and what it actually is.

— Katherine Boo, author of Behind the Beautiful Forevers

You will never forget the people whose stories Bruder tells. Proud, resourceful, screwed-over, funny and in so many ways admirable, the American nomads Bruder lived with and reports on have sometimes lost everything but their bravado…. [She] tells their stories with humanity and wit.

— Louise Erdrich, author of Future Home of the Living God

In the early twentieth century, men used to ride the rails in search of work, sharing camps at night. Today, as Bruder brilliantly reports, we have a new class of nomadic workers who travel in their RVs from one short-term job to another. There’s a lot to cringe at here―from low pay and physically exhausting work to constant insecurity. But surprisingly, Nomadland also offers its residents much-needed camaraderie and adventure, which makes this book a joy to read.

The campsite as the home of last resort, the RV used not for vacation but for survival: these are the makings of a new dystopia. Nomadland is a smart road book for the new economy, full of conviviality and dark portent.

A revelatory nonfiction investigation of broke Americans living their post-recession lives on the road, mobility their sole possession.

Hailed by The New Yorker as “an acute and compassionate observer,” Jessica Bruder reports on social injustice, subcultures, and the dark underbelly of American capitalism. Her clear-headed and empathetic stories are “stunning and beautifully written,” writes Arnie Hochschild in The New York Times Book Review, and they haunt us long after we’ve finished reading.

Bruder’s Nomadland documents the lives of itinerant Americans who travel from job to job out of economic necessity. Employers from big-box retailers to commercial farmers have found a new source of cheap labor: transient older Americans. When Social Security comes up short and their mortgages sink underwater, these overlooked casualties of the Great Recession take to the road in old RVs, trailers, and camper vans, forming a migrant community of self-identified “workampers.”

Nomadland follows Bruder’s unforgettable subjects as they clean campground toilets, scan products in warehouses, and harvest beets in a scramble to survive, often long past the age at which they expected to retire. After the 2008 financial crash cost them close to half a million dollars―their entire retirement savings―Chuck and Barbara Stout found themselves working in an Amazon fulfillment center alongside other “housing refugees” like Linda May, a grandmother in her sixties who lives in a trailer dubbed the Squeeze Inn. When we meet Linda, she’s working 10-hour shifts and walking as many as 15 miles a day, trying to close the gap between her modest expenses and her $424 monthly Social Security check. Yet she remains irrepressibly hopeful, dreaming of building her own home on her own land.

In a feat of immersive journalism, Bruder drove from coast to coast and from Mexico to Canada―a total of 15,000 miles―and spent months living in a secondhand camper nicknamed Van Halen to understand her subjects’ lives and experiences on a more personal level. She came away determined to shine a light on the urgency of providing affordable housing, raising the minimum wage, preserving Social Security, and decriminalizing homelessness. Her “devastating, revelatory book” (The Washington Post) foreshadows the precarious future that may await more of us, while still managing to celebrate the quintessentially American resilience and creativity of her subjects.

Louise Erdrich calls Nomadland “a calmly stated chronicle of devastation. But told as story after story, it is also a riveting collection of tales about irresistible people―quirky, valiant people who deserve respect and a decent life.” With our nation’s economic future seemingly more unequal and unstable every year, Bruder’s book presents a “wonderfully humane and deeply troubling” (The Nation) look at how the American dream has failed some of our most vulnerable citizens.

Nomadland was a New York Times Notable Book and an Editors’ Choice selection. It won the Discover Award and was a finalist for the J. Anthony Lukas Prize and the Helen Bernstein Book Award. Library Journal and Kirkus Reviews both listed Nomadland among their top 10 titles of 2017. The book has been translated into four languages, with additional translations forthcoming.

The film adaptation―a “masterpiece” (Entertainment Weekly)―was directed by Chloé Zhao, starring Frances McDormand and David Strathairn alongside Linda May and dozens of other people featured in the book. “Overflowing with humanity and tenderness for its characters” (BBC), the film won the coveted Golden Lion at the 2020 Venice Film Festival, the People’s Choice Award at the Toronto International Film Festival, and took home Best Picture and Best Director at the 2021 Golden Globe Awards. According to Metacritic, Nomadland has the best reviews of any film released in 2020.

In 2013, after agreeing to receive a mysterious package, Bruder became part of the human network that ferried the entire NSA archive leaked by Edward Snowden. When a box arrived on her doorstep with a curious pseudonym―“B. Manning”―Bruder only knew she was to bring the box to her friend, Pulitzer Prize-winning journalist Dale Maharidge who would ferry it to another friend.  What she didn’t know was this package actually contained materials assembled by Snowden proving that the U.S. government had built a massive surveillance apparatus and used it to spy on its own people. Bruder and Maharidge wrote about the part they played in the largest national security leak of the digital era first in Harper’s Magazine, and expanded this into Snowden’s Box: Trust in the Age of Surveillance. In this illuminating story Bruder and Maharidge―two experienced journalists but security novices―recount their increasingly paranoid and sometimes comic efforts that helped bring Snowden’s leaks to light. Jonathan Lethem, bestselling author of Motherless Brooklyn, praised it as “an engaging window into the scrappy human effort behind the Snowden revelations…[Snowden’s Box] also manages to provide some of the speculation, context, and – perhaps best of all – practical advice.” In an engrossing narrative, Snowden’s Box reflects on the status of transparency and trust in the age of surveillance and suggest what citizens and activists can do to protect privacy and democracy.

Bruder is the also the author and one of the photographers behind Burning Book, a visually driven nonfiction exploration of Burning Man, the annual celebration of art and creativity that has been drawing tens of thousands of revelers to the remote Nevada desert for more than a quarter-century.

In her next book, Bruder will  examine the marginalized communities working at the forefront of the modern labor movement. Expanding off of her cover story for WIRED about a tight-knit community of East Africans working at an Amazon facility in Shakopee, Minnesota, the book will follow their rise to the forefront of the American labor movement, examining their struggles through the prisms of race, immigration, economic inequality, and anti-Muslim sentiment in the modern American workplace. In 2019, the New America Foundation recognized Bruder’s work reporting in these communities with a fellowship.

Bruder has taught narrative storytelling at the Columbia University Graduate School of Journalism for more than a decade. A longtime contributor to The New York Times, she was the founding columnist behind Start, a blog profiling socially innovative startups. Her work has appeared in New York Magazine, WIRED, Harper’s, The Washington Post, The International Herald Tribune, The New York Times Magazine, The Guardian, The Nation, The Washington Post, The Christian Science Monitor, Inc. Magazine, O: The Oprah Magazine, Reuters, the AP, and CNNMoney.com. She is a former staff writer at The Oregonian and The New York Observer, as well as a former senior editor of Fortune Small Business.

For her longform magazine stories, Bruder has earned a James Aronson Award for Social Justice Journalism and a Deadline Club Award. She has also received support from the Economic Hardship Reporting Project and fellowships from Yaddo, The MacDowell Colony, and the Rockefeller Foundation’s Bellagio Center. She speaks on income inequality, labor, the gig economy, social justice, subcultures, surveillance, the housing crisis, immersion journalism and other related issues. 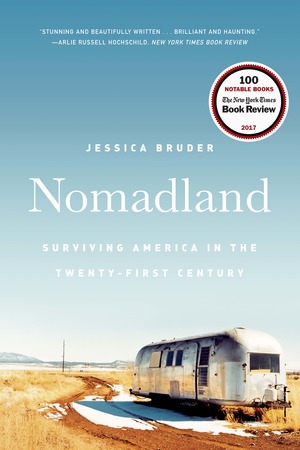 Praise for Nomadland: Surviving America in the Twenty-First Century 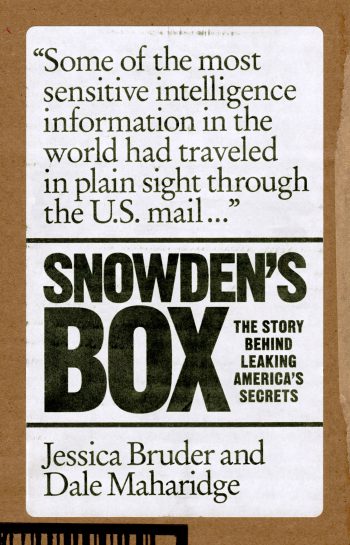 [Snowden’s Box] reads like a thriller, as well as a cautionary tale, because beyond this drama’s handful of players are all of us—and what’s happened to our data, our privacy, and our political agency.

Rebecca Solnit, author of Recollections of My Nonexistence: A Memoir 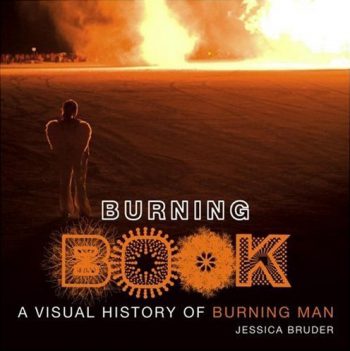 Praise for Burning Book: A Visual History of Burning Man

Like Burning Man itself, her book is spontaneous and well-organized, thoughtful and frivolous, sweeping and intimate.

Praise for Nomadland: Surviving America in the Twenty-First Century

[Snowden’s Box] reads like a thriller, as well as a cautionary tale, because beyond this drama’s handful of players are all of us—and what’s happened to our data, our privacy, and our political agency.

Rebecca Solnit, author of Recollections of My Nonexistence: A Memoir

Praise for Burning Book: A Visual History of Burning Man

Like Burning Man itself, her book is spontaneous and well-organized, thoughtful and frivolous, sweeping and intimate.

Jessica Bruder on Rising Up With Sonali