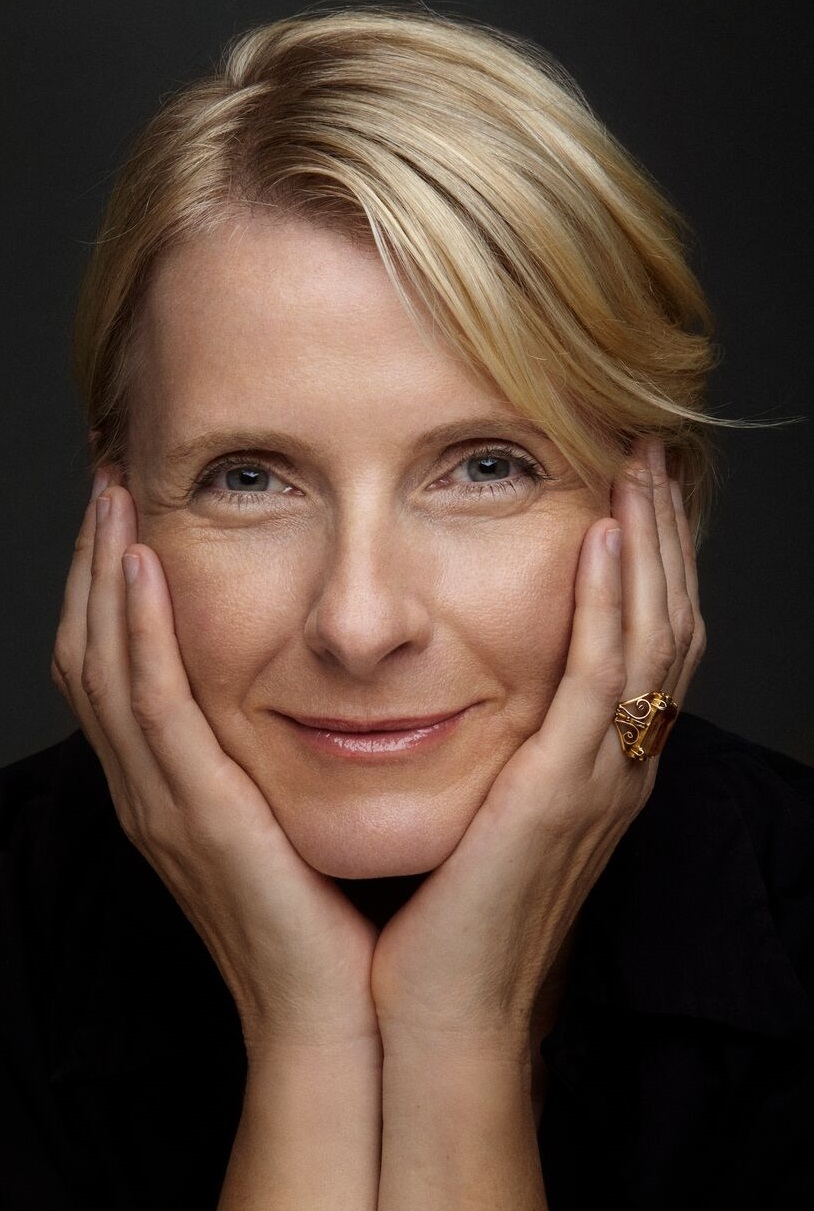 Liz is a dream interview subject with her easy grace and articulate sharing of, well, everything! It was such a delight meeting her last night—what a panoply of riches Lyceum has in its clients!

Elizabeth was brilliant, funny, and so lovingly generous with her time and attention. She’s got 700+ new BFFs at Unity North Atlanta and an open invitation to come back! Even the traffic cop we hired came inside to experience her presentation (and mooched a ticket off me for his wife!). That has never happened before.

Liz did a wonderful job. She brings such warmth and authenticity to the room. She was a total hit!

Gilbert has established herself as a straight-up storyteller who dares us into adventures of worldly discovery.

If a more likable writer than Gilbert is currently in print, I haven’t found him or her…. Gilbert’s prose makes the reader only too glad to join the posse of friends and devotees who have the pleasure of listening in.

In her critically acclaimed novels and immensely popular works of nonfiction, Elizabeth Gilbert expands our understanding of creativity, spirituality, and love. Whatever her subject—her own transformative experiences, the institution of marriage, or 1940’s showgirls—Gilbert writes with “a mix of intelligence, wit, and colloquial exuberance that is close to irresistible” (The New York Times Book Review). The woman Oprah Winfrey called a “rock star author” is among her generation’s most beloved and inspiring voices, with an avid international readership and devoted following.

Gilbert’s memoir, Eat Pray Love, exploded onto the scene in 2006. The #1 New York Times bestseller famously chronicled the year Gilbert spent traveling the world after a shattering divorce. Translated into more than 30 languages, it has sold over thirteen million copies, and was adapted into a 2010 film starring Julia Roberts and Javier Bardem. Following Eat, Pray, Love, Gilbert wrote Committed: A Love Story, a meditation on marriage as a sociohistorical institution.

In the years since, people around the world have looked to Gilbert for guidance in leading brave, authentic, and creative lives. Gilbert’s bestselling nonfiction treatise, Big Magic: Creative Living Beyond Fear, unpacks her own generative process and shares her wise, witty insights into the mysteries of curiosity and inspiration.

From the beginning of her writing career, Gilbert’s observant eye and abiding appreciation for her subjects has distinguished her work. Not merely a writer but also an explorer, she worked in a Philadelphia diner, on a western ranch, and in a New York City bar to scrape together the funds to travel. Her persistent longing to understand the world and her place in it led her “to create experiences to write about,” she says, “to gather landscapes and voices.”

Starting as a magazine journalist, she wrote articles published in Harper’s Bazaar, Spin, and The New York Times Magazine. Her work caught the attention of editors at GQ, where she soon became a stalwart, writing vivid, provocative pieces that grew into books and even a film: 2000’s Coyote Ugly. Gilbert was a finalist for the National Magazine Award, and her work was anthologized in Best American Writing 2001.

“I think my gift, far beyond whatever gifts that I have as a writer, my gift as a human is that I can make friends with people very quickly. Everything I learned about being a journalist I learned by being a bartender. The most exquisite lesson of all is that people will tell you anything. Want to. There’s no question you can’t ask if your intention is not hostile. And it’s not like entrapment; it’s more like a gorgeous revelation. People want to tell the story that they have.”

Though best known for these works of nonfiction, Gilbert is at her heart, an inventive storyteller.  She is the author of The Signature of All Things, a sweeping story of botany, exploration, and desire that spans much of the nineteenth century which The New York Times Magazine called a “rip-roaring tale… unlike anything Gilbert has ever written”.  Her latest bestseller the novel City of Girls, is the “fiercely feminist” (Esquire) story of a young woman coming into her own in the theater world of 1940s New York. “A lively, effervescent, and sexy portrait of a woman living in a golden time” (NPR), it debuted at #2 on the New York Times bestseller list. Populated by unapologetic women discovering that you don’t have to be a good girl to be a good person, City of Girls is “a page-turner with heart, complete with a potent message of fulfillment and happiness” (Publishers Weekly, starred review).  The Guardian raves: “[Gilbert’s] romp through 1940s Manhattan is a glorious, multilayered celebration of womanhood… an eloquently persuasive treatise on the judgment and punishment of women, and a heartfelt call to reclaim female sexual agency.”

While her more recent work has grabbed the spotlight, Gilbert’s earlier books met critical acclaim.  Her publishing debut, a collection of short fiction titled Pilgrims, was a New York Times Most Notable Book and won a Pushcart Prize, among other honors. Her first novel, Stern Men, won the Kate Chopin Award and her third book, The Last American Man, which explores America’s long-standing intrigue with the pioneer lifestyle, was a finalist for the National Book Award.

In her lectures Gilbert talks about her writing and seizing the opportunity to live a life guided by creativity rather than fear.  She lives in New York City with her dog Chunky and is always working on something new. 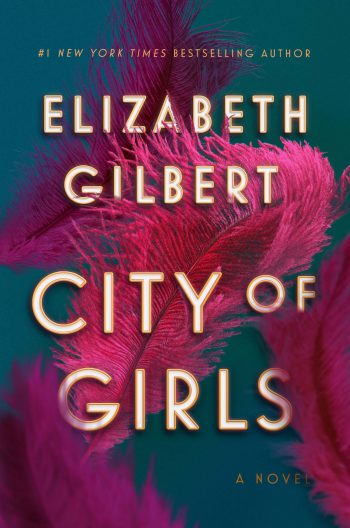 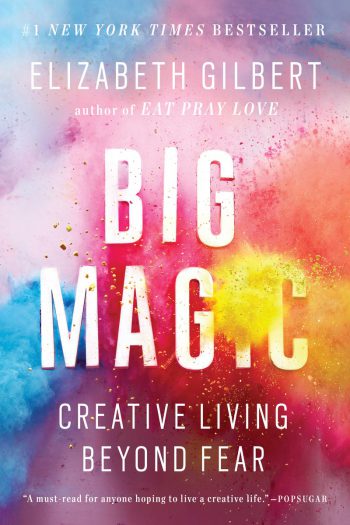 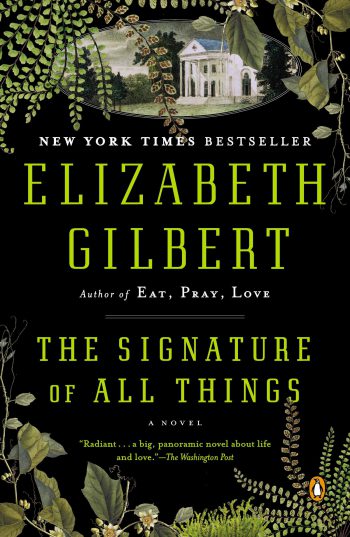 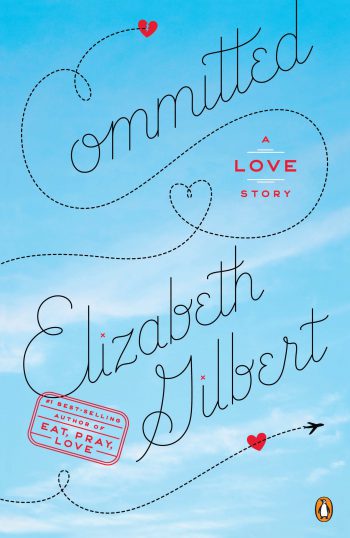 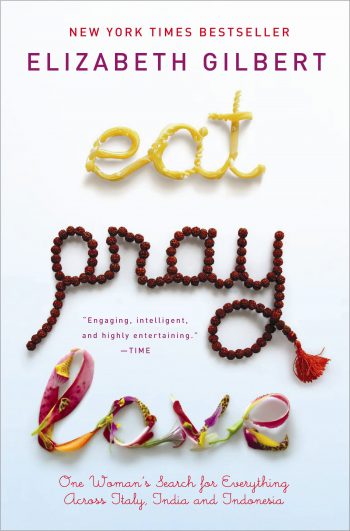 Elizabeth Gilbert speaks with Audible about engaging with creativity

Elizabeth Gilbert on TED Connects: “It’s OK to feel overwhelmed. Here’s what to do next.”

“Live to Your Potential: Life-Changing Lessons For All”–Gilbert’s talk from O, the Oprah Magazine‘s 10th Anniversary 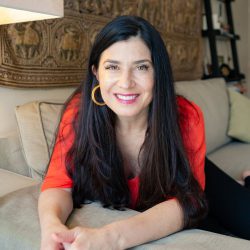 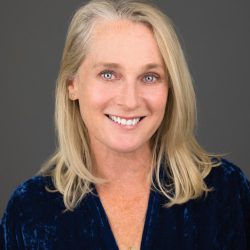